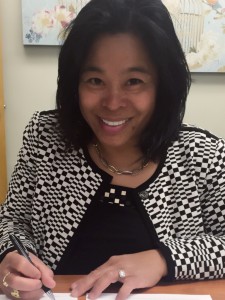 May 26, 2016. Today I accepted a full professorship with tenure in the Department of Cinema Studies at SFSU.

Celine Parreñas Shimizu is Director of the School of Cinema and Full Professor of Cinema Studies as well as a Member of the Graduate Faculty in Sexuality Studies at San Francisco State University. A former Full Professor at the University of California at Santa Barbara for 15 years, she is an award-winning film scholar and filmmaker.

Her books are The Proximity of Other Skins: Ethical Intimacy in Global Cinema (Oxford University Press, 2020), Straitjacket Sexualities (Stanford University Press, 2012) and The Hypersexuality of Race (Duke University Press, 2007)—winner of the Best Book in Cultural Studies from the Association for Asian American Studies in 2009. She co- edited a special issue of ADVA with Jerry Miller and Richard T. Rodriguez on The Unwatchability of Whiteness (Brill, 2018) and co-edited with Tristan Taormino, Constance Penley and Mireille Miller-Young, The Feminist Porn Book (The Feminist Press, 2013). She recently completed her second feature film The Celine Archive (2019) which is soon to be released. Distributed by Progressive Films and Third World Newsreel, her award-winning films include Birthright: Mothering Across Difference (2009), The Fact of Asian Women (2004) and Super Flip (1997).

Her research and creative activity have received support from the Social Science Research Council, the Motion Picture Association of America, the James Pendleton Foundation and the Edie and Lew Wasserman Fund. She has received fellowships from the United States Studies Centre at the University of Sydney and the Research Institute for Comparative Studies in Race and Ethnicity at Stanford.

She publishes widely in top journals in Film and Performance, Feminist and Asian / American Cultural Studies such as Cinema Journal, Concentric, Frontiers, Journal of Asian American Studies, Quarterly Review of Film and Video, Signs, Sexualities, Theater Journal, Wide Angle and Yale Journal of Law and Feminism. Currently, she is the Associate Editor for the distinguished journal Gay and Lesbian Quarterly (GLQ), and the former USA Area Editor for Asian Diasporas and Visual Cultures of the Americas (ADVA), and former editor of Oxford Bibliographies Online. She serves as a panelist for the Ford Foundation and the National Endowment for the Humanities. She received her Ph.D. from the Program in Modern Thought and Literature at Stanford University, her M.F.A. in Production and Directing from the UCLA School of Theatre, Film and Television, and her B.A. in Ethnic Studies from U.C. Berkeley.